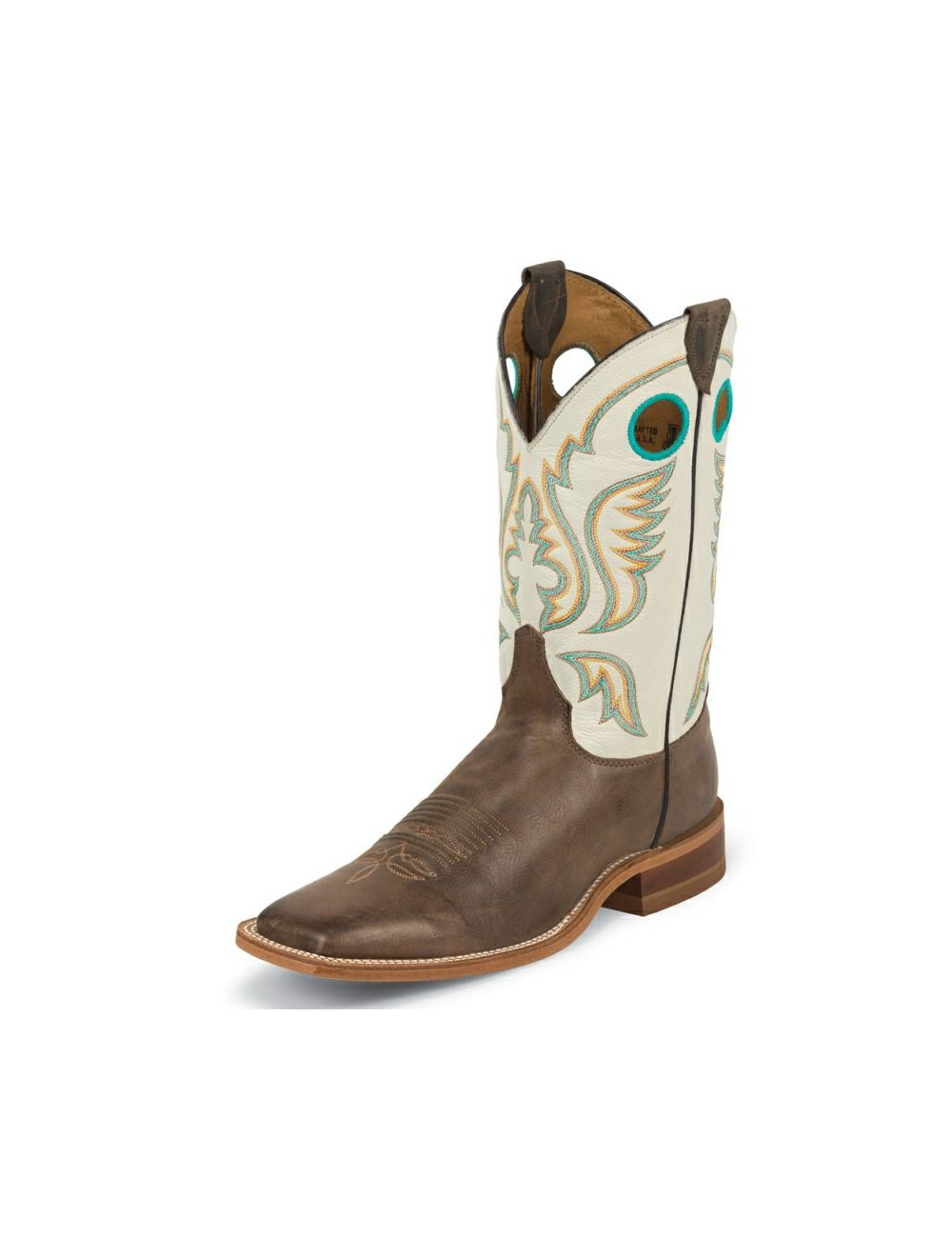 The Justin Boots story began in 1879, when H.J. Justin left Lafayette, Indiana to start a new life in Spanish Fort, Texas. Initially a boot repairman, H.J. soon began his own boot company working out of his home.

When a railroad was built in Nocona, Texas in 1889, H.J. moved his family and business there to capitalize on the bigger market opportunity.

John, Earl and Avis took over the business after their father's death in 1918. In 1925, the brothers moved the company headquarters to Fort Worth.

In 1948, John Justin, Jr. purchased controlling interest in the company. It wasn't long before H.J. Justin & Sons was growing again. In 1968, the company made a deal with Acme Brick, another Fort Worth company with pioneering roots, to form Justin Industries.

In August of 2000, Justin Boots was purchased by Berkshire Hathaway, managed by Warren Buffett. With strong financial backing, a lasting tradition of quality, and a talented management team, Justin Boots today is stronger than ever