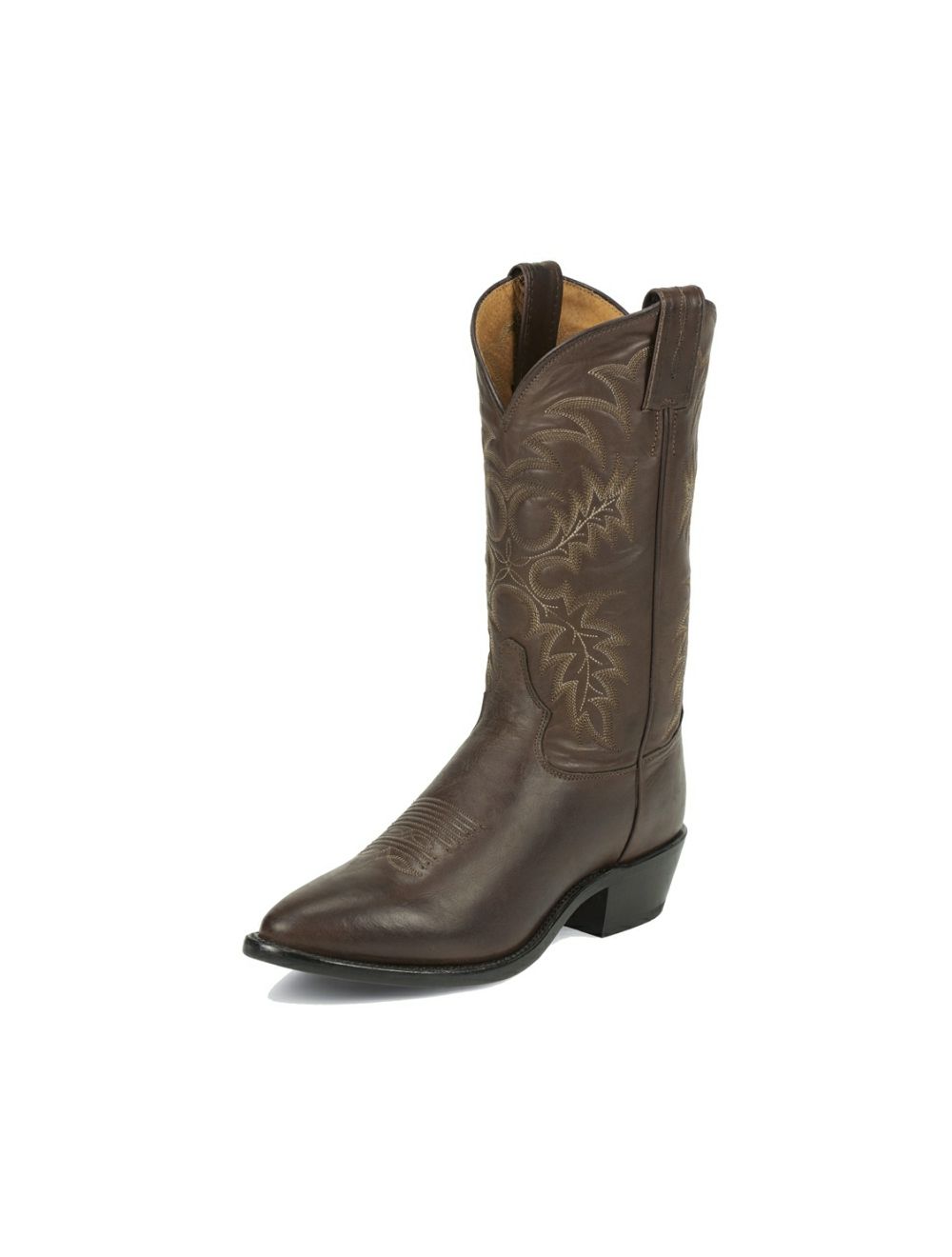 HANDCRAFTED IN THE USA

Born to Italian immigrant parents in 1887, Tony Lama learned his first lessons in the boot industry at the early age of 11. An uncle apprenticed the boy to a shoemaker in Syracuse, New York where he learned the leather and boot trade.

After the turn of the century, Tony Lama joined the U.S. Cavalry as a cobbler for the soldiers stationed at Fort Bliss, Texas. Once he completed his tour of service, he decided to stay in the nearby border town of El Paso. Realizing the importance of a good boot fit from his stint in the Cavalry, Tony Lama set out to make the best fitting, most comfortable boot possible.

Initially, repairs were the biggest segment of his business but word quickly spread through out the Southwest about Tony Lama's Western boots. Soon, cowboys and ranchers were joining the cavalrymen at his doorstep, carrying hides and requesting custom-made boots. That first year, Tony Lama and one helper made 20 pairs of boots.

When the army phased out the horse soldiers, Tony Lama concentrated solely on making quality Western boots. In the 1930s, Western wear stores began asking for his boots. To meet the growing demands, Tony Lama developed methods to produce greater quantities without sacrificing the key steps in hand crafting. In 1961, nearly 50 years after the first store opened, the company moved into larger quarters and began making 750 pairs of boots a day.

Tony Lama passed away in 1974, but his sons and daughters continued his tradition of quality and hand craftsmanship, making this a true American success story. In 1990, Tony Lama became part of the Justin Boot family. Once competitors, these companies have set the standard for quality and craftsmanship worldwide.

The legacy created by the humble cobbler, a hard working entrepreneur with a fierce pride in his craft, lives on. The same commitment to quality is reflected in the corporation that bears Tony Lama's name today.